The Investment Accounts You Need To Know About

Let me start off this article with a name you might be familiar with: Tyra Banks.

This sister is a gorgeous television personality, actress, producer, and writer.

You might know her as the former judge of America’s Next Top Model or as the host of Dancing With The Stars, but what you may not know is that she has her own investment firm, Fierce Capital.

You might be asking: why would a wealthy and successful woman like Tyra Banks need an investment firm?

That’s because investments set up passive income streams are just as crucial to celebrities like Tyra Banks as they are to everyday people like you.

By investing your money into investment accounts, you’re paying your future self every day.

But before you go and invest, you need to know about the different kinds of investment accounts and assets. Some of the most popular are the following:

A stock is a type of investment that represents an ownership share in a company. There are many strategies to profit off of the stock market, but certain ones such as day-trading require a lot of time and effort.

A bond is a loan to a company or government that pays back a fixed rate of return. It’s a safer investment than stocks but still has risks, just like any other investment.

It doesn’t require as much attention as trading stocks and they don’t have the time or energy to try and beat the market.

A mutual fund is used as a pool of cash to buy stocks, bonds, and other assets. This investment gives investors a cost-effective way to diversify and reap market gains.

These are typically managed by fund managers and are great for first-time investors.

Now, growing your money through traditional investments isn’t guaranteed. There is always risk involved in investing in these kinds of investment accounts.

Generally, the riskier the investment, the higher the potential gains. But as you can expect, there’s also a higher chance that you end up losing money.

However, there’s also a way that you can grow your money with a lot less risk.

You can open one of the many different retirement accounts available to you.

Click Here To Get My Free Stack That Rack Savings Tracker! 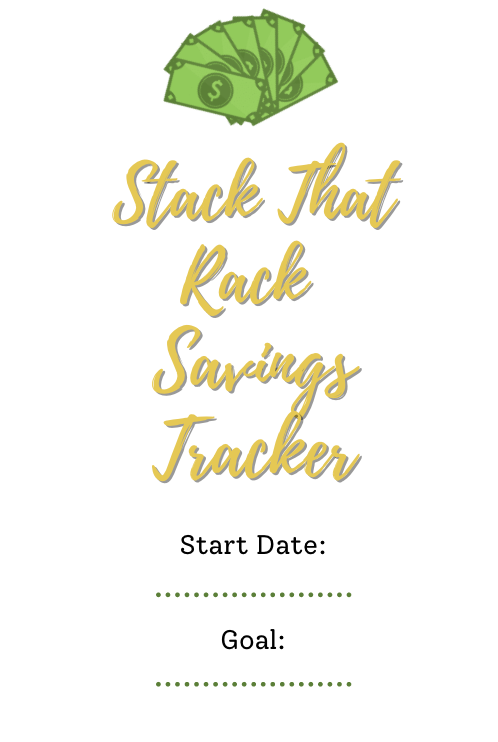 What are retirement accounts?

They’re exactly what they sound like; accounts that will fund your eventual retirement.

These retirement accounts are made up of investments like stocks, bonds, annuities, index funds, and mutual funds.

Retirement accounts come with specific guidelines that you’ll have to follow. Some of these accounts, like the IRA and 401(k), will charge you a penalty if you attempt to withdraw money before retirement.

This penalty is meant to disincentivize you from attempting to do so.

It’s generally good to never touch the money in your retirement account before retirement unless absolutely necessary.

Traditional Individual Retirement Accounts let you save money for your retirement and give you tax breaks for doing so.

To open one yourself, you would have to go to a broker or a bank and open one with them.

Opening an IRA comes with a few benefits. With an IRA, you can invest in almost any stocks, bonds, or funds that you want.

You should know that if you ever have to withdraw from an IRA before the age of 59 and ½, you’ll be subjected to a 10% tax penalty.

Thankfully, there are ways to get a few early withdrawal exceptions, such as paying for college or financing your first house.

A Roth IRA is an individual retirement account in which money grows tax-free. Also, you can make withdrawals in retirement without tax penalty.

At least after you hit retirement age, this tax-free withdrawal is the main difference between the Roth IRA and the traditional IRA.

A key difference between the Roth IRA and the Traditional IRA is that you can withdraw from the former before retirement age without being subjected to a 10% tax penalty.

Note that only your contributions to your Roth IRA can be withdrawn without a tax penalty.

Earnings that you take out before retirement age may be subject to income tax and a penalty.

A 401(k) is another of the most common retirement accounts. The difference between a 401(k) and an IRA is that an employer sponsors a 401 (k).

If your employer offers a 401(k) as part of the benefits package, it’s something you should leverage.

Can you say free money, honey?

Certain employers offer contribution matching. This means that for every dollar that you invest into the account, your employer will contribute that same amount (or at least a portion of it) at no extra cost to you.

Just like the TIRA and Roth IRA, there is a 10% early withdrawal penalty charged to you if you attempt to withdraw before you’ve hit retirement age.

Thankfully, there are also exceptions to this.

While not as popular as its much better-known cousin, those mentioned above 401(k), the 403(b) plan is a retirement account for employees of certain public schools and tax-exempt organizations.

However, investment choices within 403(b) accounts are typically much more limited than other retirement accounts.

Just like all previously mentioned retirement accounts, you will be charged a 10% tax penalty if you attempt an early withdrawal, assuming you don’t fall under any of the exceptions.

Retirement accounts aren’t the only way to invest and earn money for yourself in the future, though.

If you want a way to invest and grow your money without having to deal with early withdrawal penalties, you canopen up a standard brokerage account.

This kind of account allows you to trade assets like stocks, bonds, and funds. There are a ton of different brokerage accounts you can open, and with some of them even having apps, opening one is as easy as ever.

But opening a retirement account isn’t what will allow your future self to sip sangrias on the beach in your 60s.

You need to contribute to these retirement accounts regularly.

If you want your investment accounts to pay off in a few decades, you have to start setting aside a portion of everything you earn and having it go directly to your retirement accounts.

No questions asked. Building this discipline may feel counterproductive at first, but believe me, sis, it will pay off in the long run.

Signup for the newsletter

subscribe for weekly personal finance tips, freebies, and the occasional sweet reminder that you're doing so GOOD.